Create an Account - Increase your productivity, customize your experience, and engage in information you care about.

Welcome to the Converse County Treasurer's Office. This site is intended to provide you with information about the functions of the County Treasurer, namely the collection and distribution of property, sales and use taxes.

It is our mission to provide excellent service through open communication, active responsiveness, integrity, efficiency, and accountability. We also strive to treat employees and customers with respect through effective listening and clear communication. We have a productive and cooperative environment by striving to build relationships that reflect teamwork and friendship. 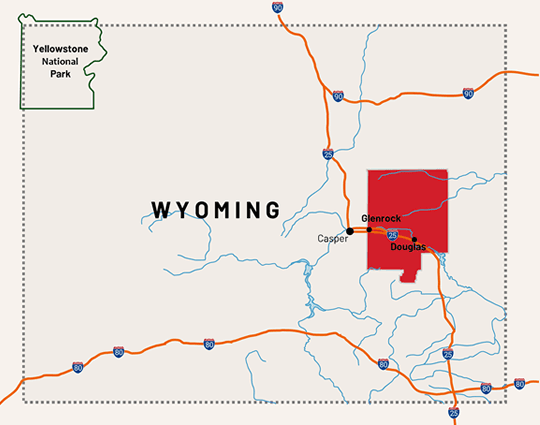 What does the Treasurer's Office do?


License Plates & Registration - New Registrations and Renewals.
Collection of Sales Tax on vehicles for the State of Wyoming.
Billing and Collection of Property Tax.
Disbursement of Funds - The collection and disbursement of County Taxes to taxing entities like the schools and special districts.
Investment of all county funds.
Keeps a true and accurate account of the revenue and expenditure of all county money.

Who is the County Treasurer?

Joel has been active professionally and in the community. Current activities include: